Written by
Frank Rovella
Frank Rovella has worked as Technical Writing Manager at THOMASNET.com since 2012 and is responsible for technical content creation across a number of Thomas products. Frank and his team specialize in creating compelling web content based on specific technical and marketing information for customers across many industries and engineering disciplines. Frank’s career as a technical writer spans over a decade and includes installation, operations, and maintenance manuals as well as hundreds of service bulletins for a number of multi-megawatt fuel cell power plants. He has spent a great deal of time in the field performing process validation, written quality manuals and work instructions for various manufacturing processes. As a Lean Manager, he facilitated over two dozen Kaizen events, he’s been involved in ISO certification, and worked as a construction manager. He has been in manufacturing for over 20 years in operational and managerial roles and has also co-owned several businesses. Frank is a dyed in the wool gearhead and has been immersed in mechanical pursuits for more years than he’s willing to admit. He currently lives in Brooklyn, New York, and has a keen interest in emerging technologies. 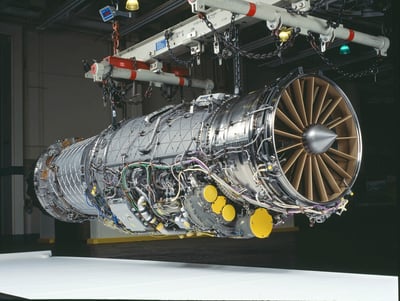 On The Cutting Edge Of Jet Engine Technology

While Connecticut may not be known as a hotbed of manufacturing, the truth is that the state is home to some of the largest players in the industry, including Kaman, Praxair, Sikorsky, Gerber Scientific and many others.

One of those companies — Pratt & Whitney — recently unveiled a groundbreaking family of jet engines.

The Rochester Institute of Technology (RIT) was recently selected by the U.S. Department of Energy (DOE) to head up a national consortium that will be charged with developing sustainable manufacturing technologies.

The Reducing Embodied-Energy and Decreasing Emissions Institute (REMADE) is part of the DOE’s Manufacturing USA initiative and will be housed at RIT’s Golisano Institute for Sustainability, under the Sustainable Manufacturing Innovation Alliance.

A Boon For Manufacturers As U.S. Navy Upgrades Fleet

On January 4, the Pentagon announced plans to build a fleet of 12 new Columbia-class submarines in an effort to update America’s ballistic missile submarine fleet.

The Columbia fleet is to replace 24 aging subs, some of which have been in service since the mid-1970s. The long-awaited Columbia class is just one part of the Pentagon's 30-year, trillion-dollar plan to upgrade the sea-air-land nuclear triad.

Preliminary cost estimates for the proposed Columbia fleet places $13 billion for R&D and $115 billion for procurement. The Navy is currently in talks with General Dynamics to head up the program, as well as with their top sub-contractor, Huntington Ingalls Industries.

On Tuesday, December 20, Danbury Connecticut-based Praxair announced a merger with German rival Linde AG. Praxair and Linde are two of the world’s largest suppliers of industrial gas. Once the merger is complete, they will have a combined value of $66.6 billion with estimated annual revenue of $30 billion.