The Rochester Institute of Technology (RIT) was recently selected by the U.S. Department of Energy (DOE) to head up a national consortium that will be charged with developing sustainable manufacturing technologies.

The Reducing Embodied-Energy and Decreasing Emissions Institute (REMADE) is part of the DOE’s Manufacturing USA initiative and will be housed at RIT’s Golisano Institute for Sustainability, under the Sustainable Manufacturing Innovation Alliance.

A Boon For Manufacturers As U.S. Navy Upgrades Fleet

On January 4, the Pentagon announced plans to build a fleet of 12 new Columbia-class submarines in an effort to update America’s ballistic missile submarine fleet.

The Columbia fleet is to replace 24 aging subs, some of which have been in service since the mid-1970s. The long-awaited Columbia class is just one part of the Pentagon's 30-year, trillion-dollar plan to upgrade the sea-air-land nuclear triad.

Preliminary cost estimates for the proposed Columbia fleet places $13 billion for R&D and $115 billion for procurement. The Navy is currently in talks with General Dynamics to head up the program, as well as with their top sub-contractor, Huntington Ingalls Industries.

Video: Beer Pipeline Is A Sight To Behold In Bruges

The Belgian city of Bruges is well known for its historical sites, such as Belfry & Halle, Basilica of the Holy Blood and Markt. But beneath the city's cobblestone streets lies a spectacle that not too many tourists know about — a beer pipeline that stretches two miles long.

Five Trends That Will Shape The Supply Chain In 2017

With the holiday parties and New Year’s celebrations in the rear-view mirror, it’s time to take a look ahead at what’s in store for supply chain in 2017.

And while we don’t have a crystal ball to predict the future, there are some trends that will undoubtedly and irrevocably shift the supply chain in the year ahead. 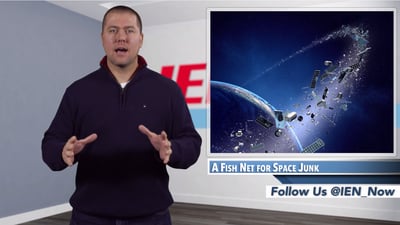 Ever since humans began exploring space, they've been leaving things behind. This includes the estimated half-million pieces of space junk that are currently being tracked by space programs around the world. 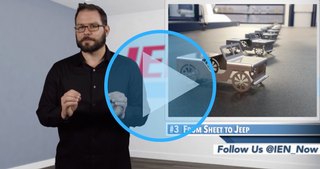 Fabtech, the annual manufacturing conference focused on metal forming, fabricating, welding and finishing, just wrapped up last week. If you couldn't make it to Las Vegas, don't worry; the team at IEN made the trip and have all the highlights.

Manufacturing and Supply Chain 2016: A Year In Review

From the rise of automation on the shop floor to foreign and domestic political changes impacting the status quo, 2016 has been a whirlwind year for the manufacturing and supply chain industries. Fortunately, we’ve been keeping a pulse on the industry throughout the year.

Want a recap of everything that happened? Here are 16 of our top stories from 2016. 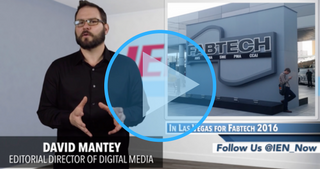 If you are interested in the latest trends in metal forming, fabricating, welding and finishing, you've probably heard of Fabtech, the annual conference that celebrates the strength of manufacturing 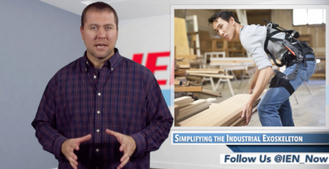 Mixing man with machine is now a reality thanks to the suitX, a California-based robotics company.

After five years of development, the company unveiled a Modular Agile Exoskeleton, or MAX, that can improve worker productivity and limit exposure to long-term health risks. MAX consists of three modules, backX, shoulderX, and legX, which are now available for purchase.