North American robotics orders totaled $1.9 billion in 2016, a rise of 10% compared to the previous year, according to a report from the Robotic Industries Association (RIA). The report underscores the increasingly prominent role that automation is playing in American manufacturing — and the economy in general.

Robotics orders were up in many industries, including the Automotive industry, where the number of orders increased 17% in 2016. Other industries that also seem to be investing more heavily in robotics include Assembly Applications and Food and Consumer Goods.

As new technologies continue to emerge and more companies continue to adopt them, the robotics industry is expected to expand even more in the years to come. 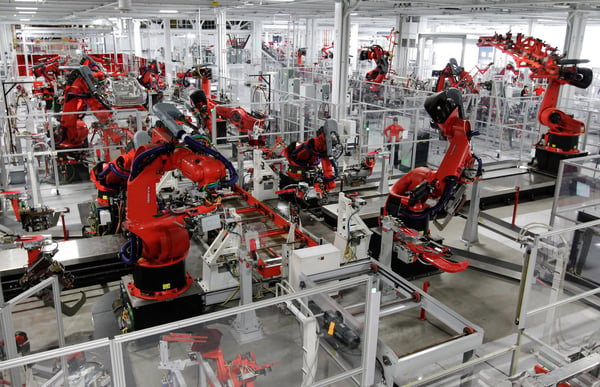 “Automation played a vital role in spurring economic growth in North American manufacturing and services industries in 2016,” said Jeff Burnstein, President of A3. “We anticipate accelerated growth based on smarter, more connected and more collaborative robots in the coming years."

Learn more about the explosive growth of the Robotics industry by reading the original article from our friends at IEN.

Women In Manufacturing — Q&A With Sheila LaMothe Next Story »