There’s been a ton of speculation on the state of U.S. manufacturing over the past few years, especially as reshoring initiatives continue to gain traction across different industries. According to the Reshoring Initiative, an organization that helps U.S. manufacturers pursue and realize the benefits of reshoring, combined reshoring and related foreign direct investments (FDI) announcements are up 2800% since 2010. 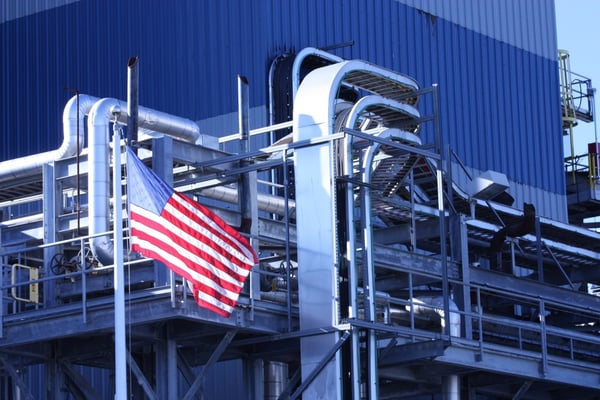 So what’s the latest when it comes to the state of reshoring, and what does this trend mean for your business? The Reshoring Initiative took a deep dive in their 2017 Data Report. Here are some highlights:

A Look At Reshoring By The Numbers

In 2017, 90% of all jobs added to the manufacturing sector could be directly attributed to FDI and reshoring initiatives. This uptick may be due in part to anticipation of the corporate tax and regulatory cuts that the 2016 election results made imminent.

This shift occurred relatively quickly: In 2015, the U.S. reached parity between offshoring and returning jobs, and 2016 was the first time since 1970 that the United States reshored more jobs than were lost to offshoring.

Analyzing 2017 results, we see that the number of job announcements due to foreign investments and reshoring has grown at the fastest rate in history.

2017 also saw a gargantuan rise in non-petroleum goods imports, up to $91 billion from the previous year — approximately nine times the increase from 2015 to 2016.

This uptick was likely due to:

Bringing Jobs Back To The U.S.

Keeping in mind the U.S. trade deficit of $500 billion, an estimated 3 to 4 million jobs can still return to domestic soil.

Here’s why, according to Reshoring Initiative:

But other industries, like the apparel and technology sectors, have traditionally embraced offshoring. And now companies in these fields are increasingly turning to reshoring initiatives to improve brand perception and capitalize on shifting consumer preferences. 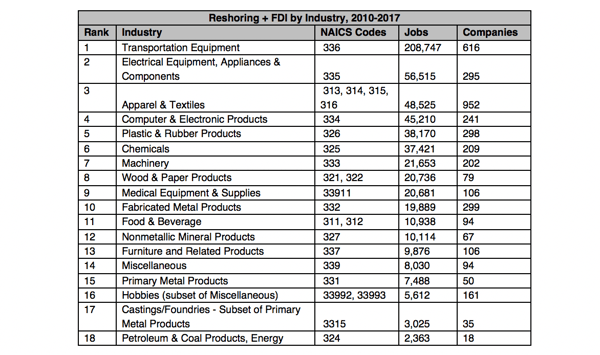 High-tech and medium-tech industries are embracing reshoring, generating most of the jobs in the U.S. economy. These sectors are attracted by the promise of better R&D funding and higher pay for the skilled workforce.

China, Mexico, Japan, Canada, and Spain — the countries that have benefited the most in the era of offshoring — have been seeing companies leave in record numbers.

In the U.S., the South has emerged as the clear winner, welcoming 62% of all the FDI and reshoring jobs over the past seven years.

As the industrial landscape continues to change due to changes in politics, technology, and the manufacturing workforce, manufacturers will need to adapt in order to keep their companies ahead.

One way to stay ahead of the competition is developing a strategic, tactical digital marketing strategy that is designed to evolve as your business needs — and competitive landscape — change. If you need help creating one, get in touch with the experts at Thomas Marketing Services.

A Summer Road Trip Through Manufacturing History Next Story »

Opportunities For Manufacturers To Grow The CBD Industry