Buyers and engineers evaluate a supplier on THOMASNET.com every 2 seconds. All of that sourcing activity gives us valuable insight on the movements of typical patterns in the industrial market place.

Over the past few months, we've been watching raw material sourcing closely and we've noticed some interesting trends:

It’s clear that raw material buyers are gearing up to find local sources of supply, but let’s take a look at some possible reasons for this. 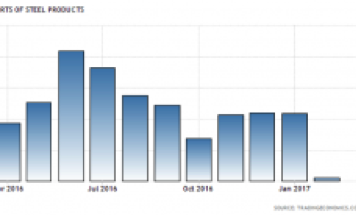 China has been complying with the closures promised to ostensibly reduce steel production and allow for a more competitive global market; however, the production levels remain the same even after the closures.

So, it is possible that China is stemming the flow of steel exports to soften any potential of the Section 232 investigation (more on this later), but reports indicate there is no build up in inventory. Chinese stock of standard steel products remain at “normal seasonal patterns.” Steel demand within China has increased as well. With the increased profit margin from the closures it is feasible that they just have more opportunity to sell on the home front.

Low Chinese exports could be as simple as high domestic demand in the U.S. The stimulus bill of 2016 had a greater impact than expected. The National Bureau of Statistics reports the annual growth rate of investments in real estate are running at more than 6%, but don’t expect this to last — the industry is predicting a slowdown in summer and a reduced growth in the second half of the year.

The Trump administration is utilizing Section 232 of the Trade Act of 1962 to investigate whether the U.S. has reliable access to materials required for national security. The central focus on the investigation is aimed at stemming the tide of steel from China. If the investigation finds an issue, there will most likely be large trade barriers enacted to boost domestic production.

U.S. Secretary of Commerce Wilbur Ross, leader of the Section 232 investigation, told a Senate Appropriations Subcommittee that “there is a genuine national security issue.” This suggests he is leaning toward implementing the tariffs. 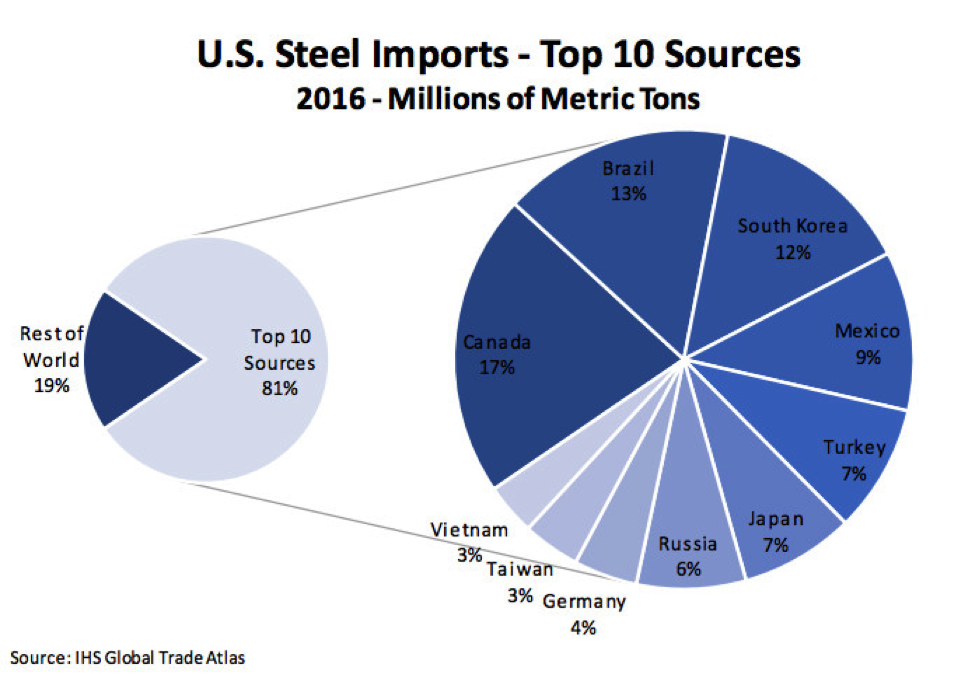 The challenge here is that China isn’t on the top ten list of steel suppliers to the U.S. Due to trade violations, there are already penalties on importing steel from China. The U.S. gets the majority of its steel from other nations. These tariffs will impact other countries and the supply chains of any business buying steel (and potentially aluminum) in the U.S. The fear is that these tariffs could spark a global trade war with Canada and European nations implementing their own penalties against U.S. imports.

We believe all of this posturing has supply chain managers looking to reduce the risk before any decision is made.

Don Ascione, President of Continental Steel, works with a global network of suppliers. The majority of his international suppliers refuse to quote projects for shipment to the U.S. in fear of getting stuck with the tariff increase if the Section 232 investigation cracks down on imports.

"If imports are affected, you'll see domestic mills increase their prices," Ascione said. "So, it'll come down to the end users ability to absorb that increase or the customer's willingness to pay a higher price. We'll have to see if end users get stuck with inventory on the shelf."

No matter the outcome, though, they will be able to support their U.S. customers. "We have a large number of suppliers in the U.S., so we'll be able to help our customers and step in to help
those that have their current supply chain affected."

Pro Tip: If you have not identified reliable secondary or tertiary raw material suppliers, do so now. The longer you wait, the more likely they will not have capacity to serve you. Take control of the situation — don’t wait to be acted upon and start sourcing on THOMASNET.com.

What Makes A Great Web Page? Next Story »